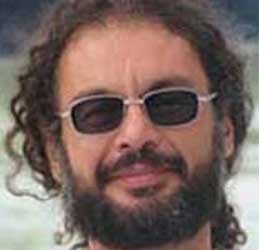 He is the spiritual mentor of Rishikesh Yogpeeth as aYoga School. He is one of the guardians, who laid the foundation for us, so we can embark upon the path of Yoga. Originally from Iran but a world traveler and a Yogi in real sense, who has lived his life exactly the way he expresses in his words. Rishikesh Yogpeeth will always be grateful for all his love and support.

Roshan Singh is the founder Member and President of Rishikesh Yogpeeth, highly regarded as one of the visionary to manifest this dream into reality. According to him, life itself is the Yoga School and the events in it, are the process required for the evolution of human awareness. Started Teaching in the year 2005, during the course of time he taught Yoga Philosophy, Yogic Anatomy and Physiology, Asana, Pranayama and Meditation, with all of this vast experience he also holds E-RYT 500 under Yoga Alliance registration.

Deepti Kulshrestha is an E-RYT 500 yoga teacher and holds a M.A. degree in Yoga and Naturopathy. She started teaching in 2008 and discovered quickly that this was her calling in life. After completing her training from Rishikesh Yog Peeth, she has been teaching YTT courses in Rishikesh Yog Peeth since 2010 as a lead instructor. Deepti teaches Anatomy of Yoga, Asanas, Pranayama and Mantras, specializing in traditional Indian Hatha Yoga. She is interested in deepening her knowledge of asanas by learning from various masters, traditional texts and relating this to a scientific understanding of the human anatomy and physiology.

Nikhil Kulshrestha teaches Yoga philosophy in 200 and 300-hour TTC. A self-taught philosopher, he is interested in the philosophical aspects of yoga which he has been studying sinceyears. He loves to discover parallel connections between ancient teachings and what science has discovered and is still trying to understand. Nikhil holds a Masters in Electronics Engineering and has worked for three decades in the tech industry before quitting and taking up teaching Yoga philosophy full time in 2015.

Anoop started his Yogic life in the year 2008 and soon he found himself as an aspiring Yoga Teacher. He taught in different Yoga Teacher Training centre in rishikesh at the start of his Teaching career. In the year 2012, traveled to China and stayed there for five years as an Advance Yoga Teacher with different Centres, especially in terms of Postural alignment and the use of props to support Key postures in the practice. In 2017 decided to come back to his home town Rishikesh, since then he is the integral part of Rishikesh Yogpeeth Team. He is an E-RYT 500.

Himanshu is a young, energetic yoga instructor specializing in Hatha and Ashtanga-vinyasa traditions. Through yoga, he wants to inspire people to set long term health and fitness goals for themselves to improve their well-being. Himanshu has been working with students of varying skill levels and is proficient in modifications, alignments and adjustment of asanas. He has been teaching at Rishikesh YogPeeth since 2016. While in Rishikesh, he teaches in 200-hour courses and also in drop-in yoga classes. 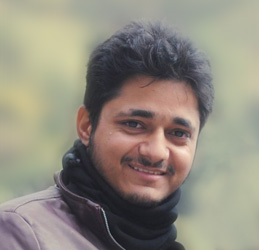 Shashank is a young yoga instructor specializing in Hatha and Ashtanga-vinyasa traditions. Through yoga, he wants to inspire people to set long term health and fitness goals for themselves to improve their well-being. Shashank has been working with students of varying skill levels and is proficient in modifications, alignments and adjustment of asanas. He has been teaching at Rishikesh Yog Peeth since 2018. He teaches 200 and 300-hour courses as an assistant instructor. Shashank holds a 200 and 300-hour certification from Rishikesh Yog Peeth, and is pursuing his M.A. (Yoga) degree from the University of Uttrakhand.

Explore your hidden possibilities through 200hr Yoga Teacher Training Course with one of the most experienced Yoga School in Rishikesh, India...

For those who are always interested in completing the journey at once then 500hr Yoga Teacher Training Course at world capital of Yoga is for you.